The Lake Constance Foundation is a private environmental and nature conservation organization based in Radolfzell on Lake Constance. 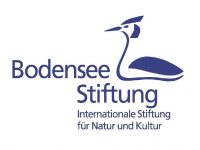 The Global Nature Fund (GNF) was founded in 1998 as a foundation by committed environmentalists and conservationists in Radolfzell on Lake Constance with the aim of advancing international lake and wetland protection.

GNF coordinates the Living Lakes Network, which now includes over one hundred partner organizations and lakes on all continents – even in Antarctica. Over the years, the project managers of the GNF expanded its project portfolio with new fields of activity: In the meantime, they are active in other areas of nature conservation, in international development cooperation and in the field of business & biodiversity in addition to water and lake protection.

The commitment to insect protection and biodiversity has a long tradition at GNF. The conservation of pollinating insects is always an issue especially for the projects that work at the interface of economy and ecology. For example, it is considered in the Business & Biodiversity Campaign (EBBC), in which the GNF participates. In the LIFE BooGI-BOP project, the foundation advocates for green, biodiversity-friendly company grounds – also for the benefit of the insects whose habitat these areas are. As part of LIFE Insect Supporting Regions, GNF wants to sustainably advance insect conservation at the landscape level.

The Netzwerk Blühende Landschaft (NBL) was founded in 2003 by a handful of organizations from beekeeping, agriculture and nature conservation and anchored at Mellifera e.V. 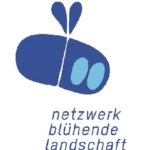 Mellifera e. V. consists of several initiatives whose holistic concern is the harmonious coexistence of humans, nature and pollinating insects. The Netzwerk Blühende Landschaft focuses on the improvement of the food basis and habitats of all flower-visiting insects.

Through cooperative projects, the NBL enables a steady increase in the proportion of attractive, flowering landscape in addition to a partnership-based transfer of knowledge. In a joint project between Netze BW GmbH and the NBL, the potential of meager open spaces on transformer stations is being developed into species-rich flowering meadows. The BienenBlütenReich project has been enabling exemplary flowering areas throughout Germany since 2016 in cooperation with agriculture and municipalities. Since 2018, beneficial strips have been planted on numerous farmland areas as part of the Blüte-Biene-Nützling project, which can reduce the use of pesticides over large areas. In the spirit of a more holistically diverse landscape, the NBL creates action-oriented partnerships between science, society and practice.

The Bäuerliche Erzeugergemeinschaft Schwäbisch Hall (BESH) was founded in 1988 by Rudolf Bühler and eight farmers as a self-help initiative to save the “Schwäbisch-Hällisches Landschwein” pig breed, which is threatened with extinction.

Since then, BESH has acted as a vehicle for rural regional development in the Hohenlohe region. The extinction of the regional pig breed was prevented by this association and a growing number of member farms. Today, Schwäbisch-Hällische Landschweine are bred and fattened under high quality standards. BESH now comprises 1,500 member farms from the region that keep cattle or sheep in addition to pigs.

BESH’s commitment to old livestock breeds contributes to the preservation of the genetic diversity of farm animals, in line with the motto “conservation through use”. Specialist butchers, well-known company caterers and restaurants as well as delicatessens are supplied via specially established marketing structures along the entire value chain “from the field to the plate”. Very important and strongly growing is the ecological range. More than 450 of the member companies are already certified according to organic guidelines. As a processor, BESH cooperates closely with the Demeter, Ecoland and Bioland cultivation associations.

Nestlé is the world’s largest food and beverage company with operations in 187 countries. 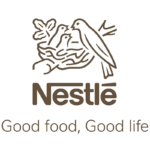 More than 2,000 brands are part of us – from global icons to national innovations. Nestlé Germany employs around 9,300 people at 12 locations and is headquartered in Frankfurt am Main. Our motto: In good food lies the power for a better life for all. We unleash this power – today and for future generations.

We are convinced that we can only be successful as a company in the long term if we use our size to create added value for society and for the environment. We focus primarily on the areas of: Nutrition, Respectful Treatment of Nature, and Social Responsibility.